Below are some highlights from recording that album – followed by a few of my own songs, +1 video.

The first song on their first album is Live And Learn.  I wanted to start something that both set the tone of the song, as well as the entire album, while alluding to something much larger than either – which, I feel, is what “living and learning” is all about.  Thus, I began with a clip of dialog from a movie and an “existential detective” who can be hired to investigate the meaning of your life.  (10 points if you can name the movie)

Regrets: Some of the drum fills could have been louder and had more “punch” to them.

Stowaway? Message in a bottle?
When played live, we always just started with Clayton’s guitar. But for the recording and for a song that talks about being a “stowaway”, I wanted to set more of a mystical “lost at sea” tone to it. So, I started with wind and… Morse code.

On the surface the Morse code adds a bit of mystery and a sense of urgency, but hopefully it gets you asking yourself: Does the Mores code mean anything?  What is this “message in the proverbial bottle”? I won’t give away the secret, other than to say that it leads to a clue which leads to a clue and so on, several layers deep.

Thank you, Jeremy Cooper (keyboards), for translating and performing the actual Morse code on this recording.

If you decide to follow the clues, or, if you get stuck in following them – feel free to reach out to me.

On one of the evenings that I was mixing this song at my home studio I took a break noticed that the mocking birds were just going crazy outside. So, needing fresh air, I went out and recorded their song and added it to ours – a perfect addition to this song about respecting nature. 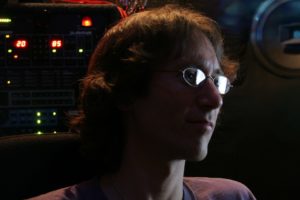 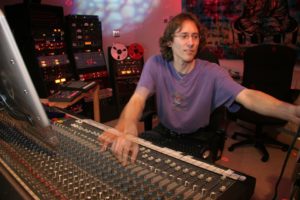 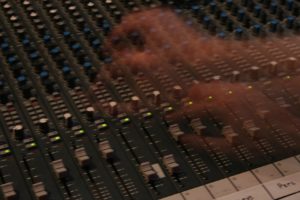 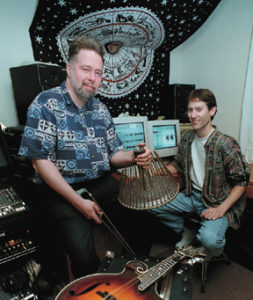 Chip Dunbar and Peter van Gorder in the control room of their digital recording home studion. They are musicians and digital producers using the new MP3 format.

Some of the studio photos were taken at Studio-E while working on “First Light” by Sol Horizon.
Preliminary Mixing done at Studio E, operated by Jeff Martin.
Final Mixing and Master completed at GrooveFarm Studios, owned & operated by yours truly.

Login to Peter van Gorder
Reset Password
Enter the username or e-mail you used in your profile. A password reset link will be sent to you by email.